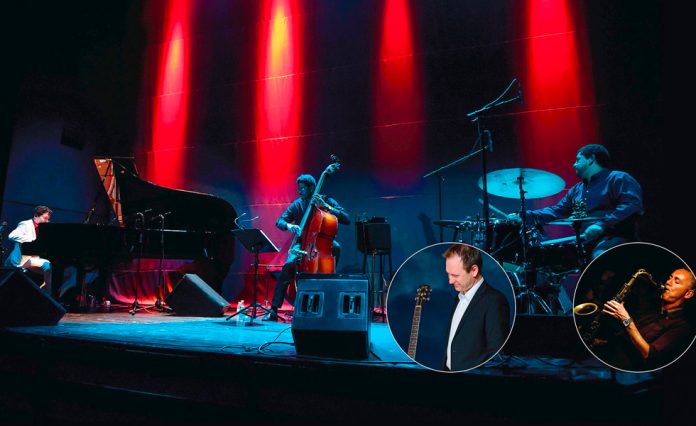 Hans Mathisen, Petter Wettre and the Pepe Rivero trio met for the first time at the Fjordjazz festival in Norway. Since then, they have performed on several stages between Oslo, Drammen and Sandefjord, until in 2015 they made their first tour of Spain. This year, and at the Covarrubias Jazz Festival, they stop at the Café Central Madrid.

The pianist Pepe Rivero presents a well-established trio, with Reinier “El Negrón” on double bass and drummer Georvis Pico. These three new generation Cuban musicians have an overwhelming personality. With a special brightness and a traditional and festive sense of working, the Cuban side of jazz, are joined by guitarist and composer Hans Mathisen and saxophonist Petter Wettre.

Hans Mathisen, guitarist and composer has performed on stages around the world for the last 25 years. It enjoys a great popularity in Norway, where it has acted with different formations, most notably the Orchestra of Television and that of the Royal Norwegian Navy. He composed the music of the film Salmer fra kjøkkenet and as a soloist was awarded a Spellemann as the best jazz musician with the album Quiet Songs in 2005. Last year he released his third album The Island for which he invited musicians from Norway, Germany and England, among them, the teacher Jason Rebello.

Petter Wettre has been marked since the 90s as one of the most outstanding musicians in Norway and is today one of the most virtuous in the country. Known as groover although the expression of music is closer to the avant garde than to bop or swing. He has released 16 albums under his own name and has received two of the Spellemann awards in Norway. He has performed together with Dave Liebman, George Garzone, Manu Katché, as well as a large number of Norwegian and Scandinavian musicians.