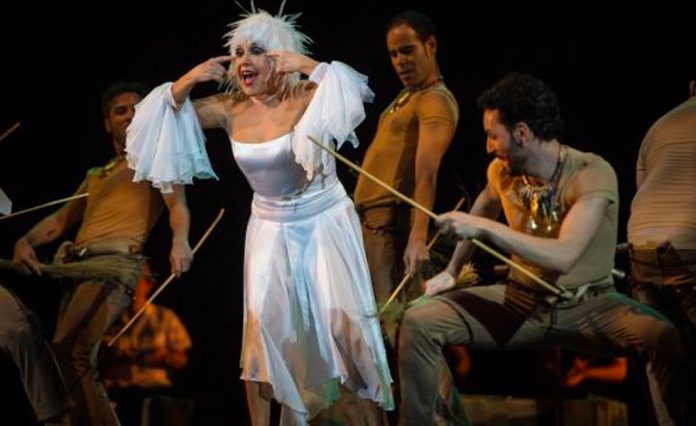 The Guirau Room of the Fernán Gómez theater. Cultural Center of the Villa welcomes Oh Cuba! a tribute to the stay of Federico García Lorca on the Caribbean island. Loles León stars in this production, which has more than 20 Spanish and Cuban artists on stage. A Lorca, Flemish and Cuban work with classic and unpublished texts that the poet left in that land.

Oh Cuba! has the musical composition of Antonio Carmona and Diego Franco, Adrián Galia, has performed the choreography, in collaboration with Eduardo Veitia and Manuel Díaz and Emilio Ochando, and Francisco Ortuño Millán signs the idea, dramaturgy and direction. The work, produced by SEDA with the collaboration of Entre Arte, includes in addition to the texts of the poet “granaino”, poems by his friend Nicolás Guillén and testimonies of a radical poetic and scenic reason. In addition to the special collaboration of the Cuban soprano Alina Sánchez The show, which was premiered in 2017 in the Lorca and Granada program in the Generalife Gardens, with the attendance of more than 41,000 spectators, now arrives in Madrid where you can see from next March 1 to April 1.

TOP 5 Andalusian Restaurants in Madrid of 2018