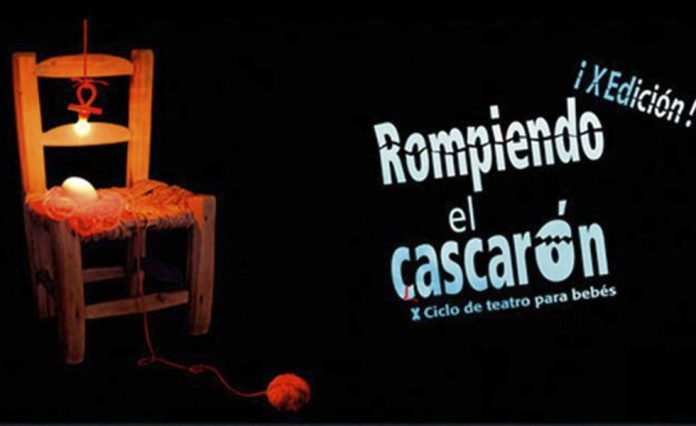 Breaking the shell has been presented as the first stable cycle of theater for babies in Spain. The theater Fernán Gómez bet for the promotion and dissemination of novel scenic proposals, which led to the approach of new audiences to the different artistic manifestations and consolidated as a scenic reference for the public of Madrid. Aimed at children from 0 to 4 years old.

The theater Fernán Gómez created this theater cycle with the aim of enhancing the sensitivity and emotional intelligence of babies. It is a valuable stimulus that allows them to develop their imagination, helping them to build their reality. In addition, the cycle allows children from their first years of life to approach the world of culture and creation.

Breaking the shell is consolidated as a cycle and is now 11 years old. During this time more than 70 companies have passed through the stage of the Sala Jardiel Poncela del Fernán Gómez. Cultural Center of the Villa. Since then, theater companies for babies from France, Italy, Germany, Denmark, Brazil and Spain have managed to make music, puppets, theater or dance the protagonists of a set of shows that try to promote the artistic and sensory experiences of the babies, giving them to know the world through shared scenic games.

The cycle can be seen on weekends until the end of May in Fernán Gómez. Cultural Center of the Villa

TOP 5 Andalusian Restaurants in Madrid of 2018