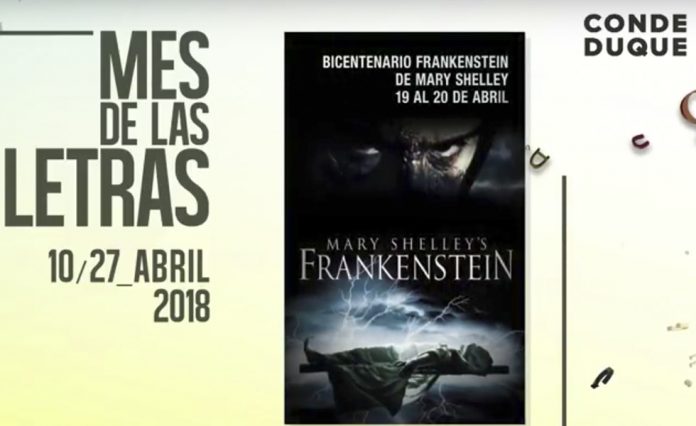 The Cultural Center Conde Duque joins the program of celebrations around literature and the written culture of the capital with a program of multidisciplinary activities.

All this series of cultural activities will be developed around arts such as popular singing, dramaturgy or cinema inspired by novels.

Also, the fourth edition of The Journey and its cultures will take place, which will highlight the relationship between East and West through fragments of poetry, film, dance or literature from Japan, China and India.

The figure of Mary Shelley will be honored to commemorate the bicentenary of the publication of Frankenstein or the modern Prometheus (1818), a work of great influence in the construction of the collective imagination and that has marked the referents of the history of literature or cinema .

Along the same lines, the film by Kenneth Branagh Frankenstein by Mary Shelley (1994) will be screened to coincide with The Night of Books, where the first film inspired by the character of Frankenstei and produced by Thomas Alva Edison will be shown.

The appointment will end with two literary testimonies of realities that revolve around the Mediterranean.